Since November 26, 2014 termless protest near Krivoy Rog City Hall have been started. Before that few people were not admitted to a city council meeting. They broke doors when tried to come into the City Hall. In the evening several dozen people under the leadership of Vlad Shtefan (businessman, Zhovtnevyi District Council deputy, Party of Regions ex-member) brought tires and set tents in front of City Hall main entrance. Protesters demand dismissal of governance executive committee and accused a city governance with criminal actions. This pictures were taken at Sunday, November 30. Near tent camp a Chamber was held. Activists demand to change current Mayor deputies with representatives from among the activists. If there will no response to their demands, they going to the use of force actions. This is not a first protest action at Krivoy Rog City Hall under the leadership of Vlad Shtefan. 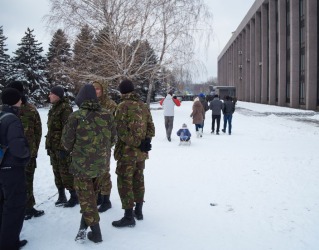 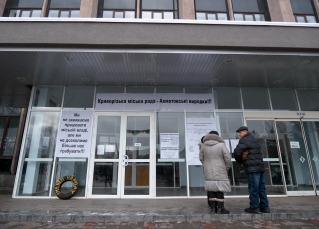 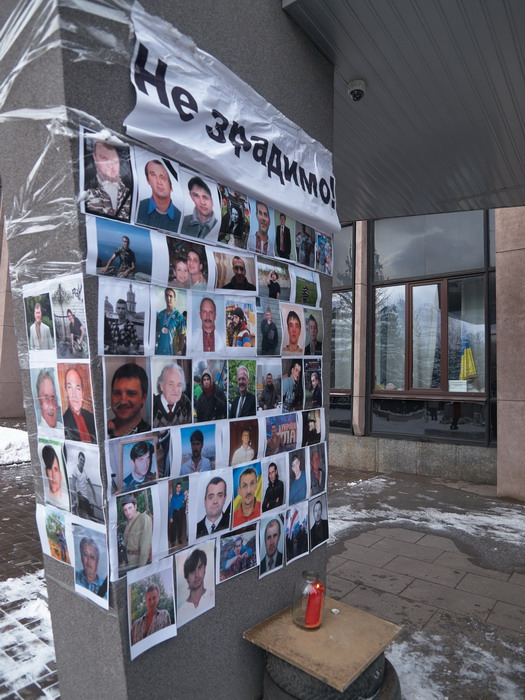 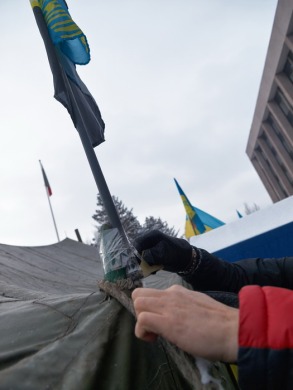 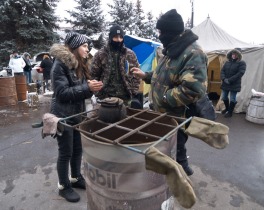 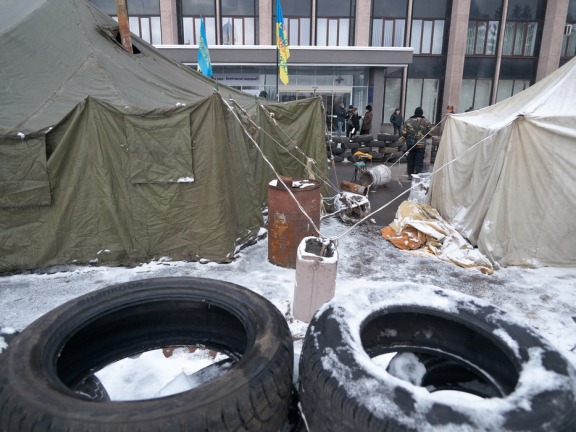 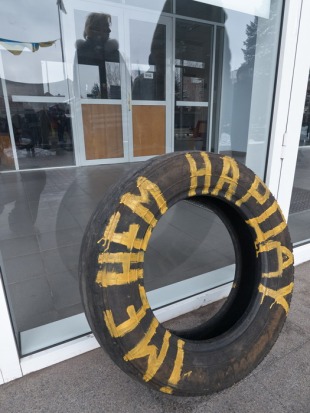 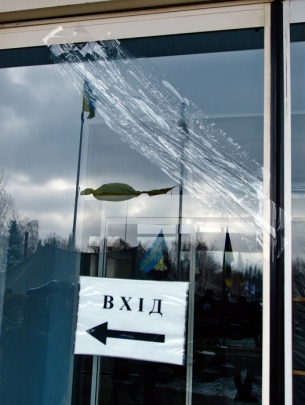 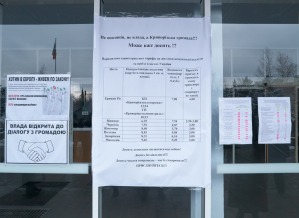 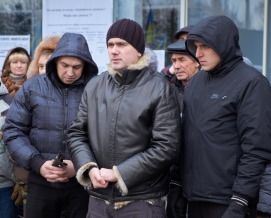 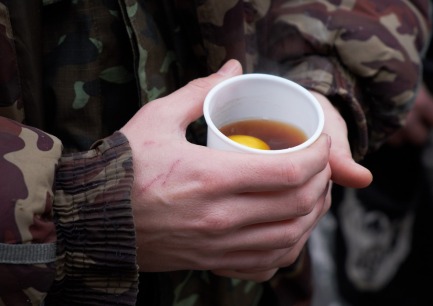 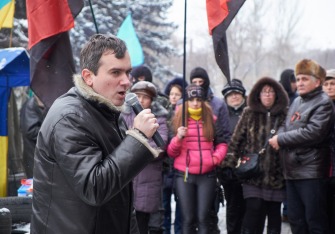 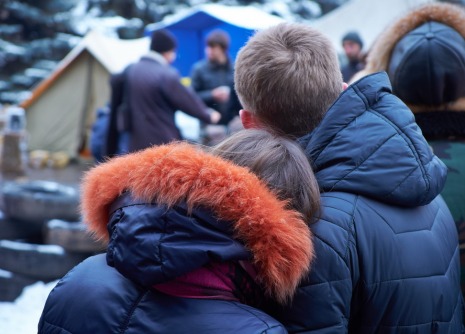 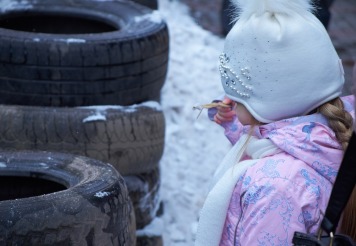 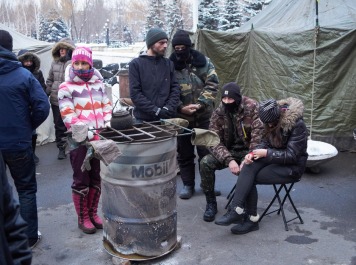 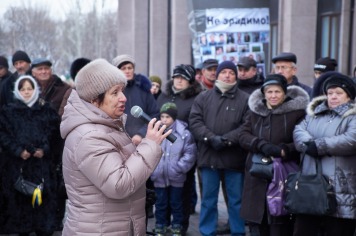 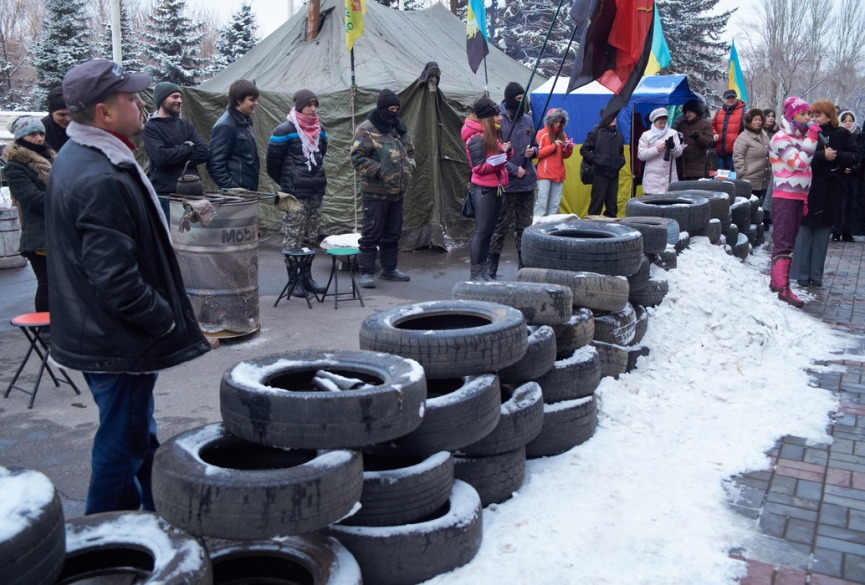